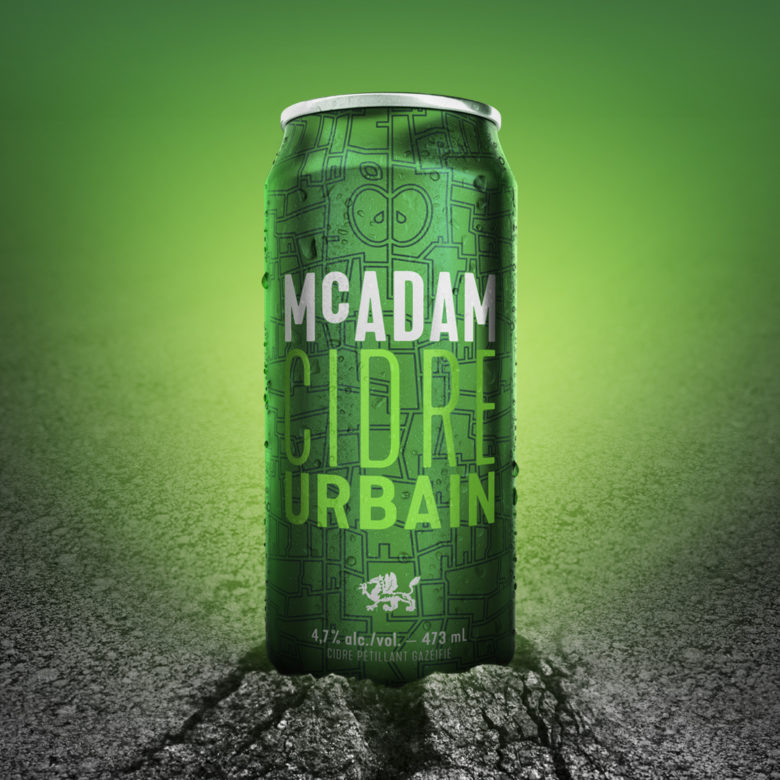 Montreal, Wednesday, September 13, 2017 – It was a first and a matter of great pride yesterday for McAuslan Brewery to launch its McAdam Urban Cider, made exclusively from Quebec-grown apples. While the Brewery has been a firm fixture in the Saint-Henri neighbourhood since 1989, this is the first time it has incorporated not only a cidery into its facilities, but also an urban orchard on a portion of its land. Think of it as McAuslan’s way to help spruce up the neighbourhood.

“The concept of cider has been brewing at McAuslan for some years now,” explained the Brewery’s Vice-President and Director General, Philippe Jaar. “After we planted our very first apple trees, we spent two years not only designing and building the new cidery, but also—and above all—researching and developing the end product. With close to 30 years of history and passion for good taste under our belts, we’re still innovating, and we’ll always be proud of what we produce.”

McAdam Urban Cider
Some 300 guests were fortunate to spend an evening sampling this product that turns heads with its name, colour and visual impact alone and stands out from the rest with its crisp, balanced taste. Made with Quebec-grown apples and enhanced with apples from McAuslan’s own orchard, McAdam Urban Cider owes its name to John McAdam, the Scotsman who paved the way with asphalt, today’s ubiquitous symbol of urbanization. McAdam Urban Cider’s bright-green can features artwork that symbolizes the streets of Montreal converging toward the cidery. Thirsting for a taste of McAdam Urban Cider? You’ll have to wait until September 25, when it goes on sale in grocery and convenience stores across Quebec.

Did you know this is McAuslan’s second foray into the urban experience? In June 2016, the Brewery introduced its own rooftop beehives to produce the urban honey for its special St. Ambroise Honey Ale!

The perfect place to enjoy our draft beers.

Discover the beer production process by visiting the McAuslan Brewery.